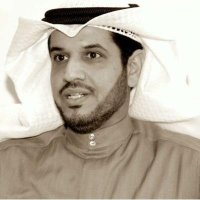 Rashid and the Diplomatic Center

Some days ago, I visited Qatar – the brotherly nation – and it was my first visit since I started writing in the Qatari newspaper “Al Sharq”. I was accompanied, in that visit, by my dear Muhammad bin Rasheed Al Zomea. In fact, I was keen on visiting the newspaper’s Head Office to meet Mr. Jaber Al Harmi, the editor in chief, as well as some other brothers there. However, some issues raised and time limit prevented that meeting. Nevertheless, there was another important event that was our meeting with our dear colleague, Mohsen bin Fahad Al Hajri.

It should be mentioned that our dear colleague is characterized by his good manners, to say nothing of his wide knowledge of literature and culture. Due thanks go to Mr. Mohsen. We were accompanied by our dear brothers Mr. Mubarak Al Seleti and Mr. Muhammad Al Marzouki, who received us warmly. I was greatly honored to meet these two brothers as they represent the genuine nature of the Gulf peoples and they reflect the spirit of intimacy that prevails. Mr. Mohsen Al Hajri is currently a candidate for the Municipal Council – in Qatar – and I ask Allah’s success and guidance in his endeavors.

However, prior to meeting with Mr. Mohsen Al Hajri, I had another meeting with an ambitious man who seeks to offer something better to his nation through an idea that occurred to his mind and was in his imagination and finally it became a factual reality. This man is Mr. Rashid bin Safar Al Hajri, head of the Diplomatic Center for Strategic Studies, whom I was honored to encounter in Kuwait. He kindly asked me to visit him in Qatar to have an idea about his dream which became a factual reality.

I visited my darling friend “Mr. Rashid” at his office in the Diplomatic Club which is located on the banks of the Arabian Gulf, where the center overlooks. To my knowledge, this was a temporary location for the center until the Diplomatic Center’s Headquarters are completed up. Mr. Rashid was accompanied by Dr. Essam Abd El Shafi, Director of Research and Studies at the Center, and they kindly illuminated us with the entity and nature of the Center and its affiliated units.

They highlighted that the Center consists of three administrations, namely:

Each of these administrations has a number of units which are divided according to the nature of its related tasks.

Then, Mr. Rashid bin Safar gave a brief, but a thorough explanation on the germ of establishing the Center. Mr. Rashid said: “This Center is the first independent research center of its kind in the Middle East in terms of its specialization in dispute resolution since the region lacks this type of specialized centers in such a field. This is also due to the fact that our Arab world is witnessing an important turning point in its history, a dividing line full of conflicts and skirmishes from different political and economic parties. Mr. Rashid also emphasized that the Center is globally distinguished by its researches and studies which analyze the Arab political and economic conflicts and disputes. He also added that what characterizes the Center is highlighting and presenting its researches and discussions in the six accredited languages in the UN (which are Arabic, English, Chinese, French, Spanish and Russian). The Center has a strong database and a distinguished group of Gulf and Arab researchers and thinkers.

In fact, we have witnessed an experience that – as I believe – will be most popular in the Arab region, in particular, and in the world in general. This thought occurred to my mind especially after I noticed the insightful vision of the Center’s leaders, which aims at initiating leadership in different fields and specializations, relying on planning, study, and qualification, all of which are under the slogan of “No future without planning and no planning without study, and no study without awareness, and no awareness without preparation and qualification”.

In conclusion, I would like to express that the Center’s owners have such a spirit that is capable of achieving what is impossible and overcoming hardships. For them, I wish all the best.